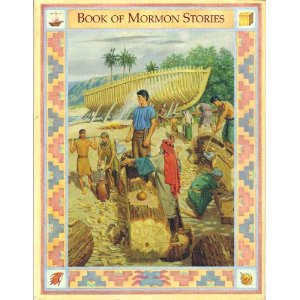 This is such a cool resource – Our young children love the illustrated scriptures produced by the Church. The following was sent to me by the Church Curriculum Department, informing us that the books are now online as videos! Love this:

The Book of Mormon Stories video series have gone through a major update and are now available in English in the media library, on YouTube, and on the Roku box Mormon Channel. A technique called parallax animation, in which figures are cut out and moved around the canvas, was used to give the once two-dimensional images a new, animated three-dimensional look. This new version also features sound effects and stunning new visual effects such as lightning, twinkling stars, smoke and fire. A new original soundtrack was also added to the videos.

This entry was posted in Uncategorized. Bookmark the permalink.