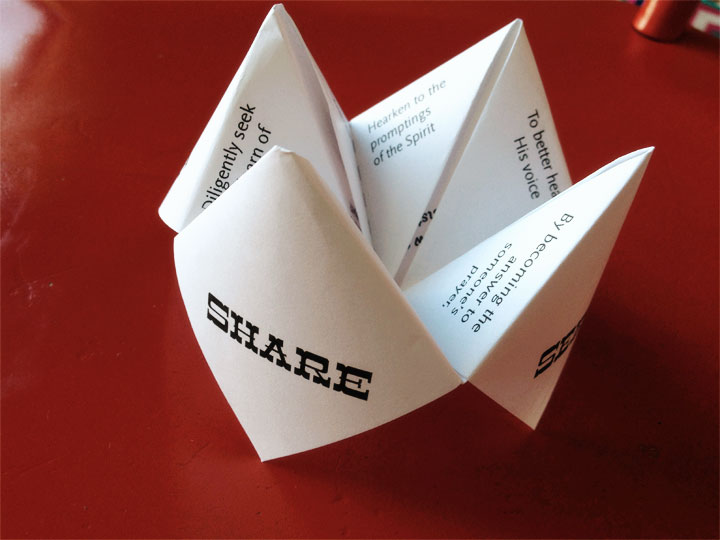 The New Year is almost upon us! I hope 2013 will be a blessed year for you and those you love! The January 2013 Visiting Message, Missionary Work, references a talk by President Uchtdorf called Waiting on the Road to Damascus. As I read the talk, and felt delighted by its message, I decided to make a “cootie catcher” using points from it. There are four topics – only one of which is used in the VT message – that of, “share”. When discussing with the sisters you visit teach, you could focus on that one element, and encourage them to further consider the other topics at another time. 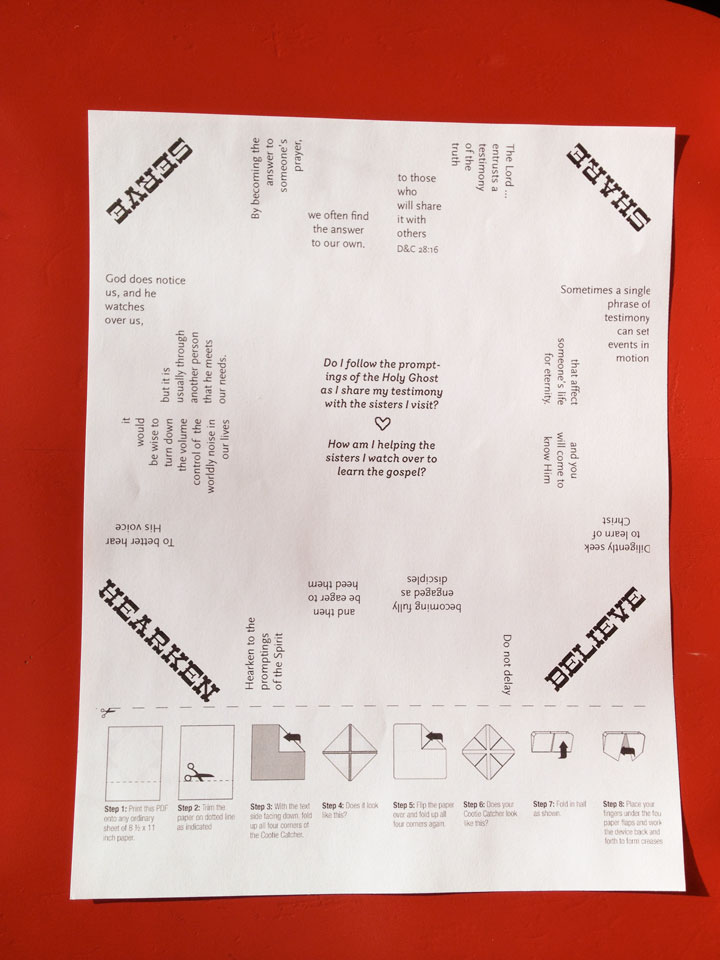 I printed the thought questions from the VT message in the center of the cootie catcher, but then on second thought (after taking photos and posting here) took them out, leaving a blank space for you to write whatever message you wanted! 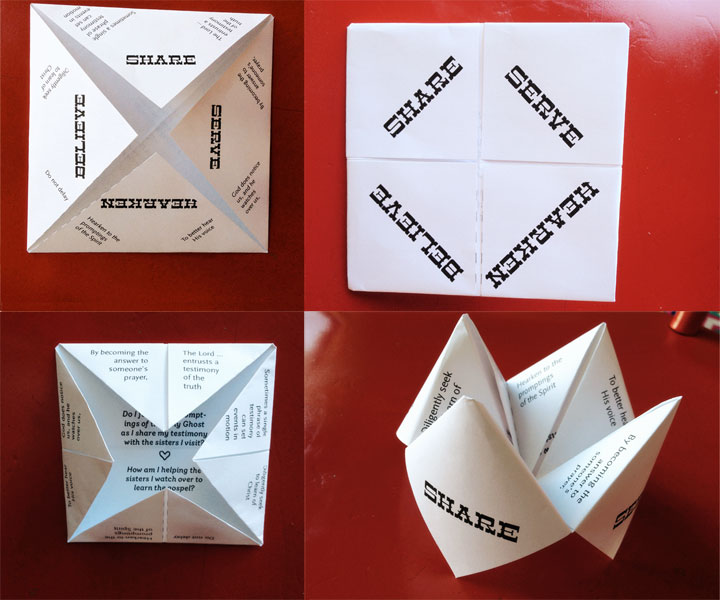 To fold the cootie catcher, you trim the bottom portion of the page so you have a square. I then fold in half vertically, then open, and fold in half horizontally, then open, so the folds mark the center of the square. This makes it easier to position the remaining folds correctly. Details on folding are on the bottom of the printable, which you can download below.

This entry was posted in Uncategorized. Bookmark the permalink.