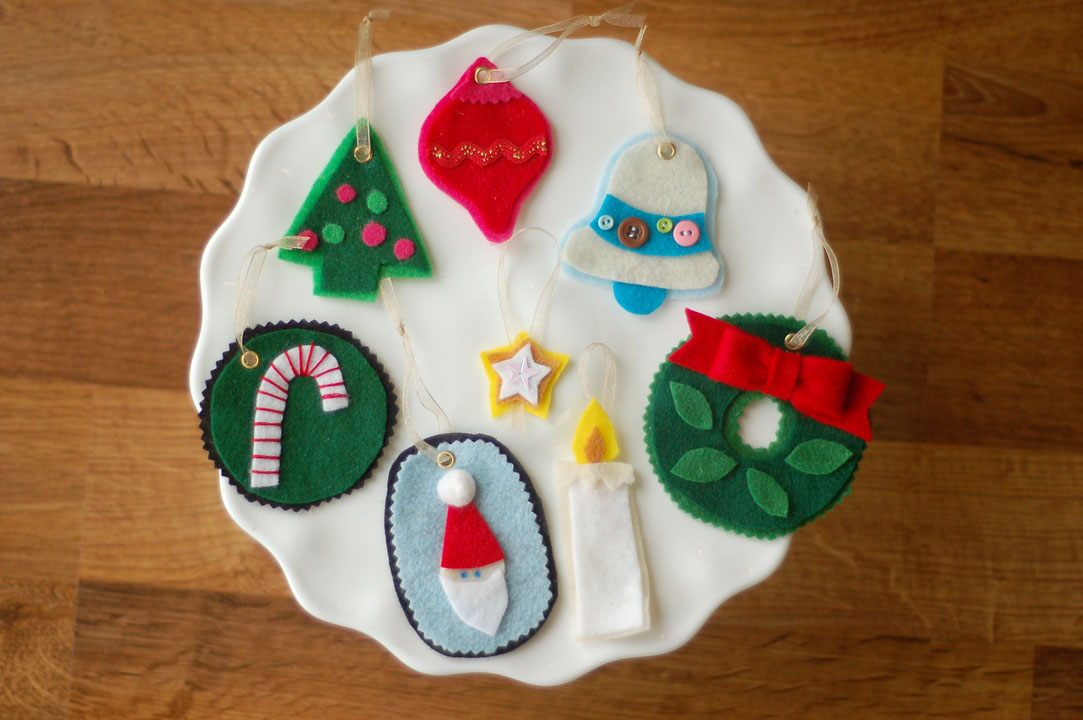 We are making felt ornaments with the young women tonight to share with some ward members as a Christmas gift. We will be also sewing little muslin drawstring bags to keep them in. These ornaments all relate to the symbols of Christmas in the “Teach the Children” legend, which is as following:

Late one Christmas Eve, I sank back, tired but content, into my easy chair. The kids were in bed, the gifts were wrapped, the milk and cookies waited by the fireplace for Santa. As I sat back admiring the tree with its decorations, I couldn’t help feeling that something important was missing. It wasn’t long before the tiny twinkling tree lights lulled me to sleep.

I don’t know how long I slept, but all of a sudden I knew that I wasn’t alone. I opened my eyes, and you can imagine my surprise when I saw Santa Claus himself standing next to my Christmas tree. He was dressed all in fur from his head to his foot just as the poem described him, but he was not the “jolly old elf” of Christmas legend. The man who stood before me looked sad and disappointed, and there were tears in his eyes.

“But Santa, the children love you,” I said.

“Oh, I know they love me, and they love the gifts I bring them,” Santa said, “but the children of today seem to have somehow missed out on the true spirit of Christmas. It’s not their fault. It’s just that the adults, many of them not having been taught themselves, have forgotten to teach the children.”

“Teach them what?” I asked.

Santa’s kind old face became soft, more gentle. His eyes began to shine with something more than tears. He spoke softly. “Teach the children the true meaning of Christmas. Teach them that the part of Christmas we can see, hear, and touch is much more than meets the eye. Teach them the symbolism behind the customs and traditions of Christmas which we now observe. Teach them what it is they truly represent.” 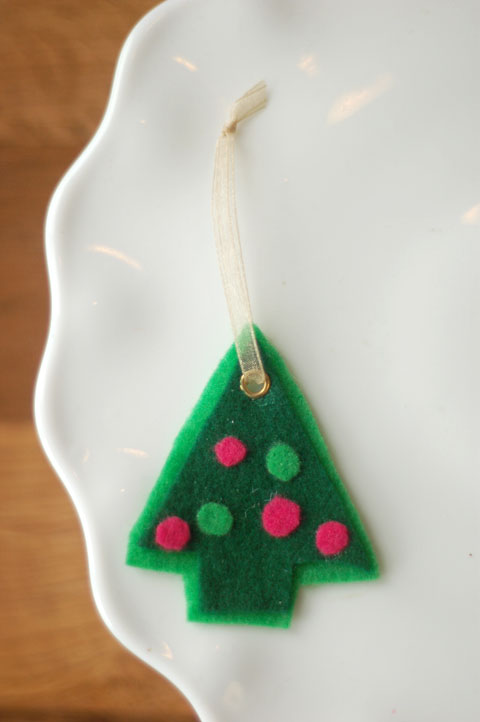 Santa reached into his bag and pulled out a tiny Christmas tree and set it on my mantle. “Teach them about the Christmas tree. Green is the second color of Christmas. The stately evergreen, with its unchanging color, represents the hope of eternal life in Jesus. Its needles point heavenward as a reminder that mankind’s thoughts should turn heavenward as well.” 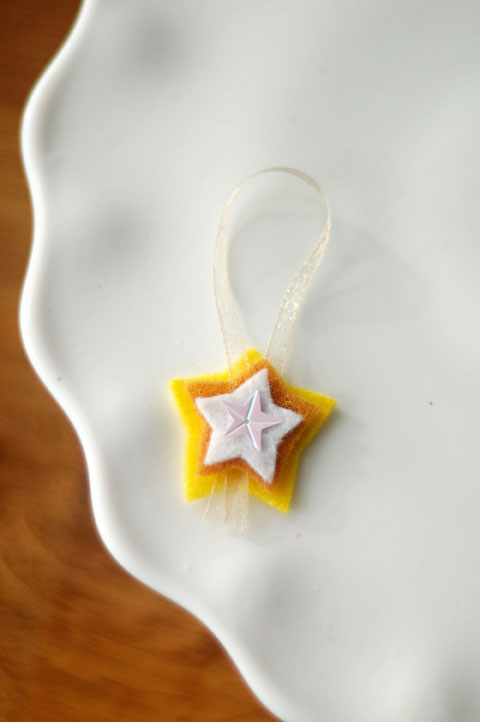 Santa reached into his bag again and pulled out a shiny star and placed it at the top of the small tree. “The star was the heavenly sign of promise. God promised a Savior for the world and the star was the sign of the fulfillment of that promise on the night that Jesus Christ was born. Teach the children that God always fulfills His promises, and that wise men still seek Him.” 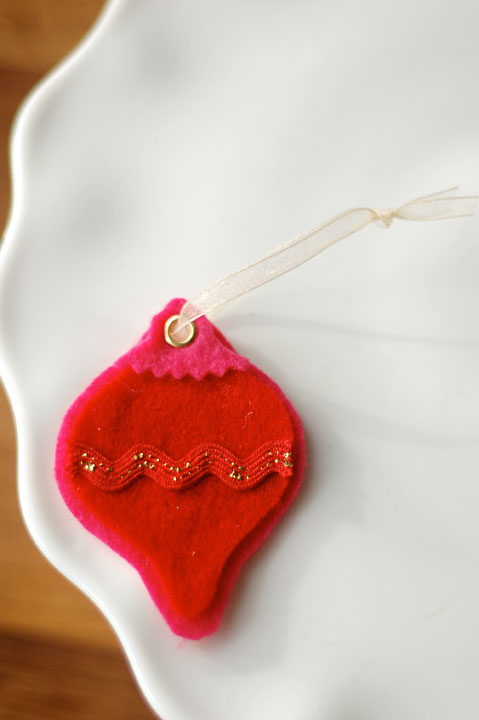 “Red,” said Santa, “is the first color of Christmas.” He pulled forth a red ornament for the tiny tree. “Red is deep, intense, vivid. It is the color of the life-giving blood that flows through our veins. It is the symbol of God’s greatest gift. Teach the children that Christ gave His life and shed His blood for them that they might have eternal life. When they see the color red, it should remind them of that most wonderful Gift.” 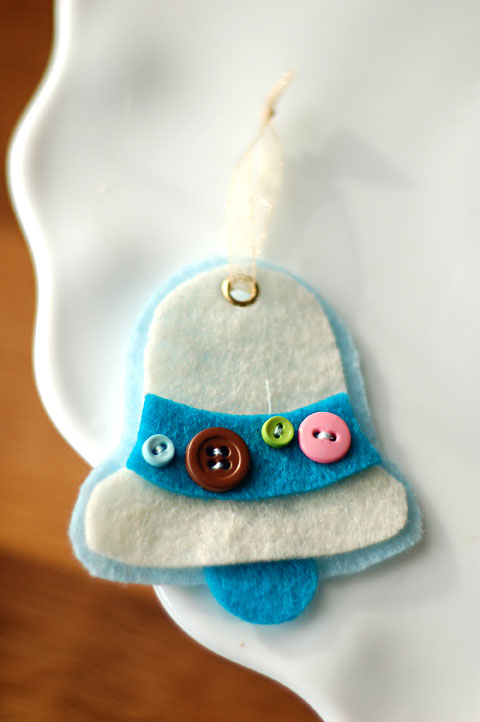 Santa found a silver bell in his pack and placed it on the tree. “Just as lost sheep are guided to safety by the sound of the bell, it continues to ring today for all to be guided to the fold. Teach the children to follow the true Shepherd, who gave His life for the sheep.” 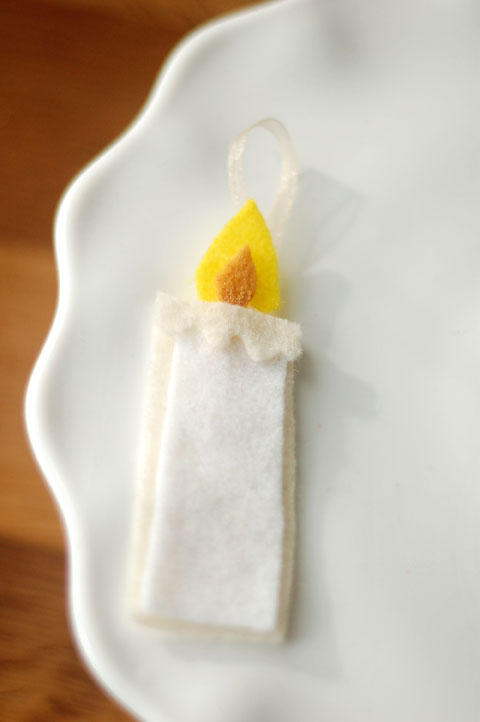 Santa placed a candle on the mantle and lit it. The soft glow from its one tiny flame brightened the room. “The glow of the candle represents how people can show their thanks for the gift of God’s Son that Christmas Eve long ago. Teach the children to follow in Christ’s foot steps… to go about doing good. Teach them to let their light so shine before people that all may see it and glorify God. This is what is symbolized when the twinkling lights shine on the tree like hundreds of bright, shining candles, each of them representing one of God’s precious children, their light shining for all to see.” 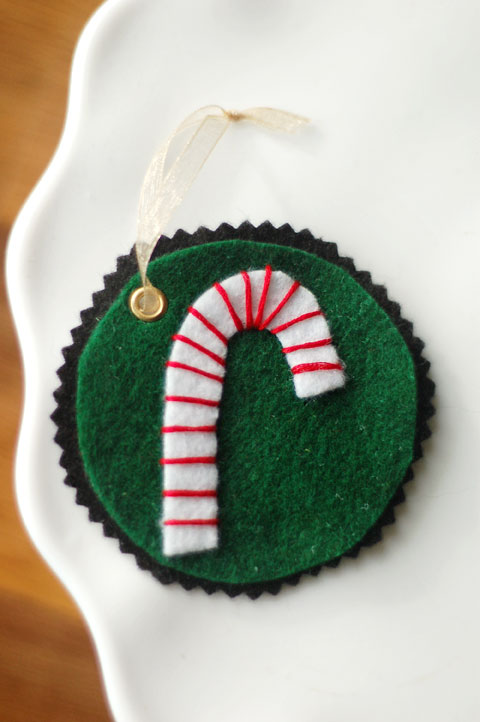 Again Santa reached into his bag and this time he brought forth a tiny red and white striped cane. As he hung it on the tree he spoke softly. “The candy cane is a stick of hard white candy: white to symbolize the virgin birth and sinless nature of Jesus, and hard to symbolize the Solid Rock the foundation of the church, and the firmness of God’s promises. The candy cane is in the form of a ‘J’ to represent the precious name of Jesus, who came to earth. It also represents the Good Shepherd’s crook, which He uses to reach down into the ditches of the world to lift out the fallen lambs who, like all sheep, have gone astray. The original candy cane had three small red stripes, which are the stripes of the scourging Jesus received by which we are healed, and a large red stripe that represents the shed blood of Jesus, so that we can have the promise of eternal life.”

“Teach these things to the children.”

Santa brought out a beautiful wreath made of fresh, fragrant greenery tied with a bright red bow. “The bow reminds us of the bond of perfection, which is love. The wreath embodies all the good things about Christmas for those with eyes to see and hearts to understand. It contains the colors of red and green and the heaven-turned needles of the evergreen. The bow tells the story of good will towards all and its color reminds us of Christ’s sacrifice. Even its very shape is symbolic, representing eternity and the eternal nature of Christ’s love. It is a circle, without beginning and without end. These are the things you must teach the children.”

I asked, “But where does that leave you, Santa?” 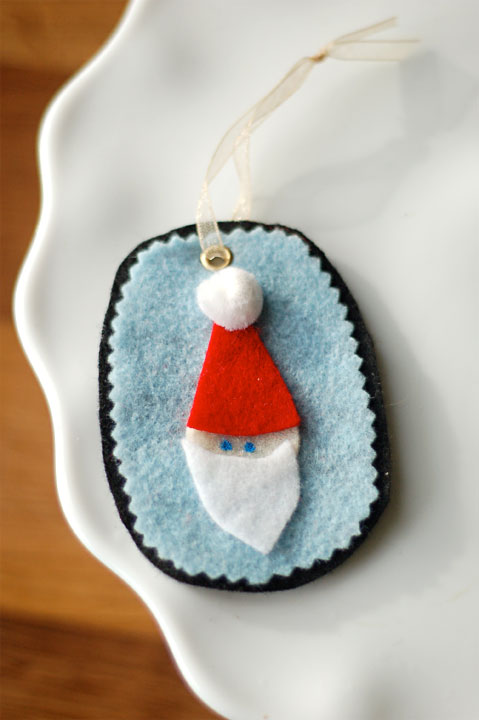 The tears gone now from his eyes, a smile broke over Santa’s face. “Why bless you, my dear,” he laughed, “I’m only a symbol myself. I represent the spirit of family fun and the joy of giving and receiving. If the children are taught these other things, there is no danger that I’ll ever be forgotten.”

“I think I’m beginning to understand.”

“That’s why I came,” said Santa. “You’re an adult. If you don’t teach the children these things, then who will?”

Many of my ornaments were based off of patterns in this “Fa la la la Felt” book. I adapted them so we could do less sewing and more gluing – but her original designs make me giddy due to their extreme cuteness. Highly recommend!

You can also find free downloads from a few projects from Fa la la la Felt on Stumbles and Stitches. You have to do some clicking around to find them, but they are still available!

This entry was posted in Christmas. Bookmark the permalink.

3 Responses to Symbols of Christmas Ornaments